Many Doctors who have successfully treated Cov -19 joined together to do a live broadcast on the truth of how they have had success treating Cov-19 on the steps of a hosptial in WA. But because the far left wants to create mandatory vaccines filled with toxins and other BAD stuff they have to discredit everyone who has the cure.They want to cause hate and divsion until the election.  Here is the transcript of the video that has been ban (because it is true) on some of that meeting. 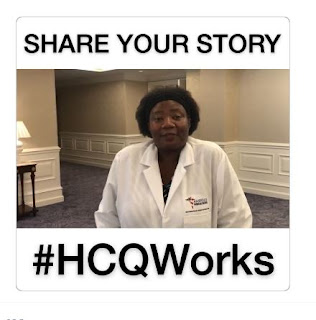 You will now see all kinds of videos DISCREDITING the Dr who is also a spirit filled, Holy Spirit lead pastor and prophet. You will see them make fun of her and mock her. Some of the stuff they are saying she believes is true and the far left mockers know it but it is so far out that they can use it to make her look like a fool.
You can follow the Dr here on Facebook.
Watch videos by Dr Stell Emmaneul on her Parler free speech social network here https://parler.com/profile/drstella/posts She also asks people who have been healed of HCQ to share their story on her Parler account.

Important Tips you Should Know BEFORE you Publish Today is a treasure of tips on many hints that add up to making your book successful on ...

Sow Into This Ministry

Kingdom Keys with Robin Bremer
Best Selling Author Robin Bremer is an Ordained Minister and Publishing Coach. She has appeared on national TV and radio. She believes that the supernatural should be normal for every Christian. Her Facebook Live videos teaches on the supernatural kingdom of God. Her focus is on becoming mature sons of God. To learn more about Robin’s Christian Publishing go to: http://www.robinbremer.net to view her videos go to: https://www.facebook.com/ AuthorRobinBremer/videos_by